Google Pixel 5 was announced on September 30, 2020 at the Mobile World Congress. Even though the phone is an interative step up from the Pixel 4, there is a lot of new hardware to make it a worthy upgrade. 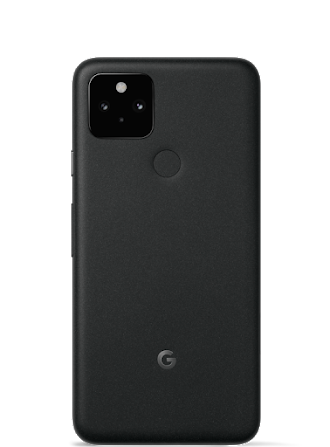 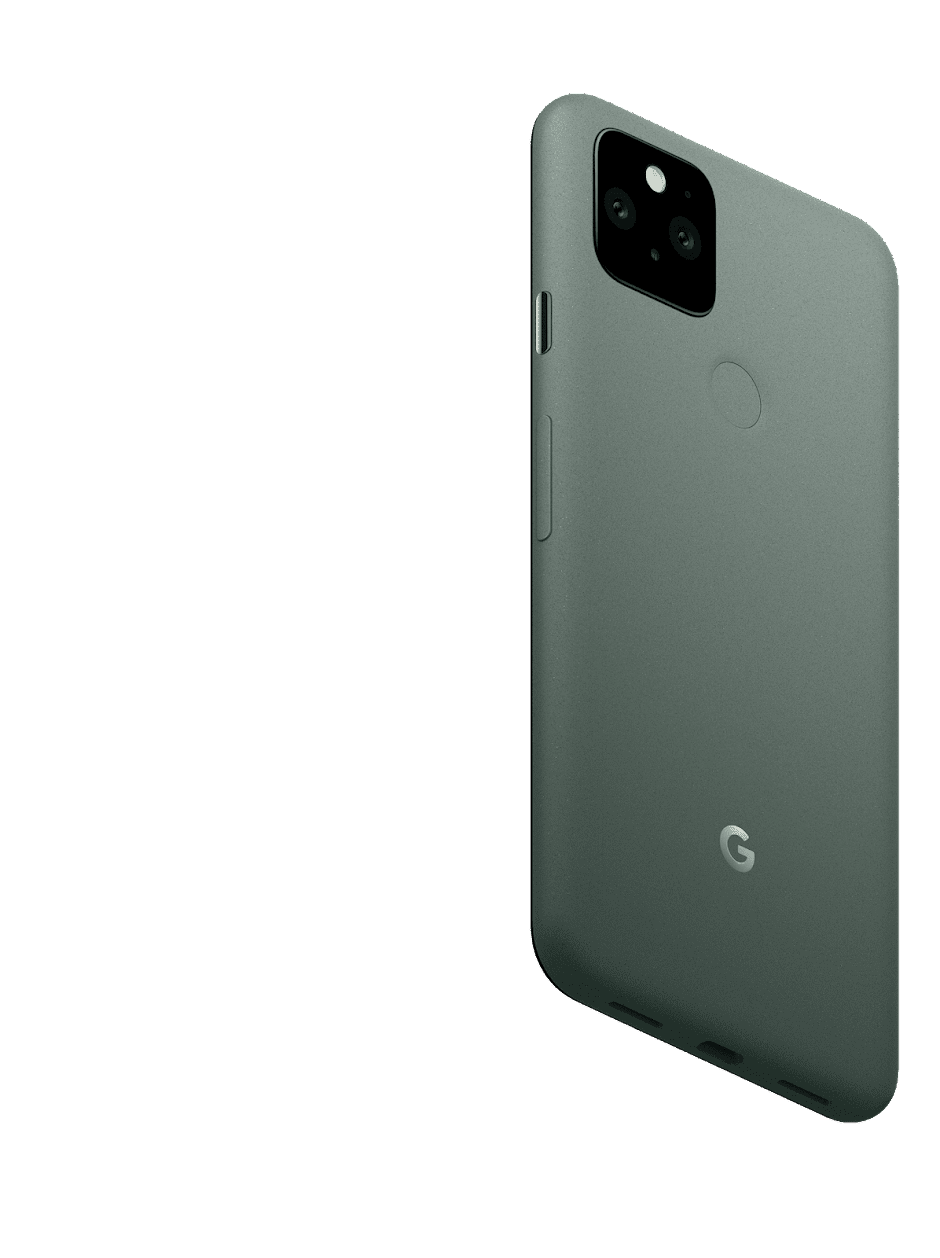 The Google Pixel 5 represents a strategy change for the tech giant: the phone doesn't quite have the specs and features to compete with top-tier flagship devices, but instead is a more measured handset at a lower pricetag. Compared to the Samsung Galaxy S21s of the world, the Pixel 5 focuses on what Pixel phones do best: offering users a great, simplified camera experience and a very clean Android interface.
- Techradar: The Google Pixel 5 is a compact, affordable flagship with some compromises - October 2020

A utilitarian design makes the Pixel 5 a phone you can simply pick up and use. It’s far from ugly, and I like its slim bezels, the punch-hole selfie camera and the slight textured finish on its back. But it’s far from flashy, too, meaning it’s a phone I can pick up and pop into a pocket without needing to worry about some high-end prismatic glossy finish getting scratched by a rogue key. I actually think Pixel phones look good with a bit of wear and tear, as it shows how they are phones you just get on with using. Flagship phones, meanwhile, tend to instill a fear of damaging their eye-catching finishes. You’re practically compelled to swaddle them in a case thereby rendering all the work designers have done to create a phone that looks ‘just so’ in a certain light, a bit pointless. So while the Pixel 5 might not live up to its price tag in pure specs, it offers a lot more in less tangible ways. It’s helped me realize how much I like Android and kept me away from finally returning to an iPhone for another year.
- Tom's Guide: Google Pixel 5 is my favorite phone of 2020 — here's why - November, 2020

The Pixel 5 does what Pixel phones do best: it offers a great and simple camera experience along with a fantastic software experience. It’s a good handset overall, but it’s far from perfect. You don’t get a telephoto lens, and you can find similarly-priced devices with more power under the hood. With that in mind, the phone doesn’t really stand out from the crowd all that much.
- Android Authority: David Lumb of Tech Radar said about Google Pixel 5? - May 16, 2021

The Pixel phones' main selling point is the camera. Google got rid of the telephoto lens that we saw on the Pixel 4 and replaced it with an ultrawide camera. Though I like having a telephoto lens, the ultrawide camera works well and I do enjoy having the wider field of view for sweeping landscapes or just fitting more content in a single frame.
- CNET: Pixel 5's ultrawide camera and stabilizing options. - Dec. 2, 2020

The size of the Pixel 5 is slightly smaller than the Pixel 4, however, the display has grown significantly. One issue I had with the Pixel 4 was that, although it was gorgeous, it was slippery in the hand. The Pixel 5 resolves that issue, by giving the aluminum backside a rougher texture. In the upper-center of that backside is the fingerprint scanner--another piece of the puzzle that seems like a backslide for the Pixel. If there was one reason for you to upgrade from the Pixel 4 to the 5, it's the battery. The Android experience on the Pixel 5 is the best you'll ever have.
- TechRepublic: About Google Pixel 5, you need to read. - November 2, 2020

In many ways, the Google Pixel 5 is full of paradoxes. It’s one of the cheapest flagship Pixels ever but still feels too expensive. Its camera is one of the best we’ve used but also feels deficient when compared to the competition. It offers some truly innovative design aspects that live right next to some budget phone-level aesthetic quirks.
- Android Authority: Google Pixel 5, the verdict - April 4, 2021

The Pixel 5 is powered by a Qualcomm Snapdragon 765G chipset and 8GB of LPDDR4x RAM. Storage comes in at 128GB, with about 110GB available out of the box. There’s no option for external storage, but Pixel owners get 100GB of free Google One cloud storage for three months. Performance is solid. Apps open instantly, Google Assistant responds without hesitation, and image processing is much faster than on the Pixel 4a. Gaming performance is comparable with other phones with the 765G chipset. We spent over an hour playing Alto’s Odyssey and Mini Metro on the Pixel 5, and the games loaded quickly and played without any dropped frames or lag.
- PCMag: Google Pixel 5 Performance - March 5, 2021

There are several ways to use Google Pixel 5 with Outlook and Office 365.

1. Sync with Outlook App on the Phone

If your Outlook folder is an Exchange or Office 365 folder, click here for a detailed setup guide to sync with Google Pixel 5.

For IMAP and POP3 folders, you can sync Outlook Contacts and Calendar with Google. Then on the phone, use Android Contacts and Android Calendar. Click here for a detailed setup guide.

For any foldder type, CompanionLink can sync Outlook Contacts, Calendar, Tasks and Notes. This works with any version of Outlook.